Now here is a trailer that has been getting a lot of internet backlash. Scarlett Johansson stars as a killer android in the cyberpunk universe of Ghost in the Shell. Based off the Japanese anime film from the 90s, this live action interpretation looks gorgeous visually, but a lot of fans are worrying right now about how well it is going to adapt the story of the lauded film/manga. Because although the trailer seems to indicate a successful transfer of the anime’s futuristic world and aesthetics – minus the lighting and composition, which is disappointing, but I digress – there is no telling if the original’s themes are going to be simplified for general audiences as Hollywood often likes to do.

And this is fair criticism, especially considering the director at the helm here has only one other big-budget film under his belt. Rupert Sanders directed the 2012 film, Snow White and the Huntsmen, which currently has a 48% rating on Rotten Tomatoes. I don’t even trust Rotten Tomatoes considering how often cinematic scat manages to find high freshness ratings on the site, a constant reminder that the human race is a sickness to the earth, but that still means the only other movie he’s made is hot garbage in the eyes of many. Not exactly an amazing track record. Then again, maybe he was disillusioned by the Hollywood factory line. Perhaps he didn’t care to put effort into Kristen Stewart pretending to be a fairy tale character in a film that turned out to be nothing more than a forgettable but stinky fart in long string of shitty, overly-produced fairy tale movies.

I think that’s what everyone in the comment section really has to be wishing for, anyway. With fingers crossed, we all just have to wait and see and hope that this Sanders guy, who probably doesn’t even know the first thing about being a senator in Vermont or getting robbed by the democratic party, can deliver something worth watching. Not just a regrettable kidney stone in a long string of shitty, overly-produced adaptations and remakes.

With ScarJo’s name attached to the project, we can at least say that she is definitely one of the coolest actresses in Hollywood. Black Widow, Lucy (which was stupid but whatever), and Mindy from The Spongebob Squarepants Movie. That’s the kind of person that runs on walls with dual pistols and enjoys it. I appreciate that at least one person working on this film is enthusiastic in making it aside from the set designers and maybe the cinematographers. Because really, the original movie looks golden. An anime that isn’t also an embarrassment is rare, so I definitely will be watching that to see how this remake stands up.

If nothing else, I can see this movie being a decent collection of colorful lights to have play in front of your eyes as you gorge on popcorn in a dark room alongside the other bipedal apes who enjoy the act of sitting in dark rooms and gnashing loudly on butter and salt. In the scenario that this movie does turn out to be doodoo, then hey, there’s always that 1995 anime and Ms. Johansson’s low-quality noods somewhere on the internet.

Hype for watching the Anime: 5/5

Hollywood really wants us to go watch science fiction movies. We’re all plenty aware that Disney is going to bombard general audiences with annual Star Wars movies from now to 2020. In addition to the numbered entries in the series, we’ll also be getting side stories of characters like Obi-Wan Kenobi and Han Solo as individual films. I personally can’t wait to find out more about Dexter Jettster™ and his 50’s themed diner.

As for non-Disney controlled properties, a film adaptation of a French comic series and a live-action adaptation of a popular anime are both coming soon to silver screens near you. One of which has the director of The Fifth Element on board, and the other has Scarlett Johansson looking practically butt nekkid. As god-king, I will now pass my ultimate judgements for these movies based on their trailers. Will they find the land of milk and honey that is my favor? Or will my growing sense of apathy toward Hollywood damn them for eternity?

Rogue One: A Star Wars Story

I suppose we should just start with the morbidly obese elephant in the room: the Star Wars. Sometimes when I’m alone, I think. And sometimes when I think of the hideous mass of tumors that is Disney’s empire, with it’s lumpy, misshapen form lousy with boils, and dollar bills strewn about its gurgling, amorphous figure clinging to its sticky, milky flesh… I sometimes forget that I actually enjoy some of the viscous waste goo excreted from its various udders.

Certainly not all of it. If someone puts Mickey Mouse™ ears on my body when I die, they best know I’m waking tf up and dragging them to hell with me. I don’t like Disneyland. I don’t like musical numbers. Pixar’s lost their touch. Disney princesses are about as interesting as a glass of hot dog water. And the next person who tells me The Lion King is “just like Hamlet,” is getting a collected volume of Shakespeare across the temple. It just so happens that one of Disney’s many tentacles is currently absorbing the nutrients of Lucasfilm’s monolithic franchise (and therefore my childhood), so I have to put up with it. So far, it only seems like the dialogue is awful. That’s the right word. Awful.

Cliches and lame excuses for interesting dialogue have been evident since the first trailer’s “This is a rebellion… I rebel,” quote broke my ankles and stole my SSN. I thought that would be the worst of it. But then the “Rogue… Rogue One” line in this trailer threw bleach in my eyes and laughed at me for ever thinking that. Now I’m Brailling it.

Speaking of severely debilitating vision impairments, Donnie Yen’s inclusion as a blind guy-with-stick is a rock solid casting choice. I’m very happy to see my Ip Man cross-contaminated with my Star Wars, even if it is just an obvious ploy to net the elusive Chinese dollar that Force Awakens totally and hilariously missed.

Unfortunately, the yin to to Yen’s yang comes in the form of the theatrically stunted oaf, himself: Forest Whitaker. Thus raising the question: “Who let this happen?” Really, I will be taking note of casting during the credits. How has Morgan Freeman still not been cast as the sagely, old Star Wars character yet? The guy will read the script of a high school stage production if you promise him a scalp massage and two coupons to the Long John Silvers. How could he deny this check?

I would call this a let down, but naturally I’m saving those feelings of disappointment for when Darth Vader shows up in the film for 5 whole minutes of screen time. I can’t wait to see his nondescript face plastered all over cereal boxes, toys, clothing, and adult novelties, accordingly.

Stepping back from the flaming roast I’ve just created, I would be lying if I said the cinematography in Rogue One  doesn’t look stellar. I actually want to pay money to see the action scenes in this film. The practical effects look great, and considering the production pedigree, I can expect an amazing soundtrack to play over the whole nonsensical thing. Never mind all that story stuff when you got good pew-pew lasers. Who watches movies for good stories anyway? Certainly not this red-blooded American, that’s for sure. 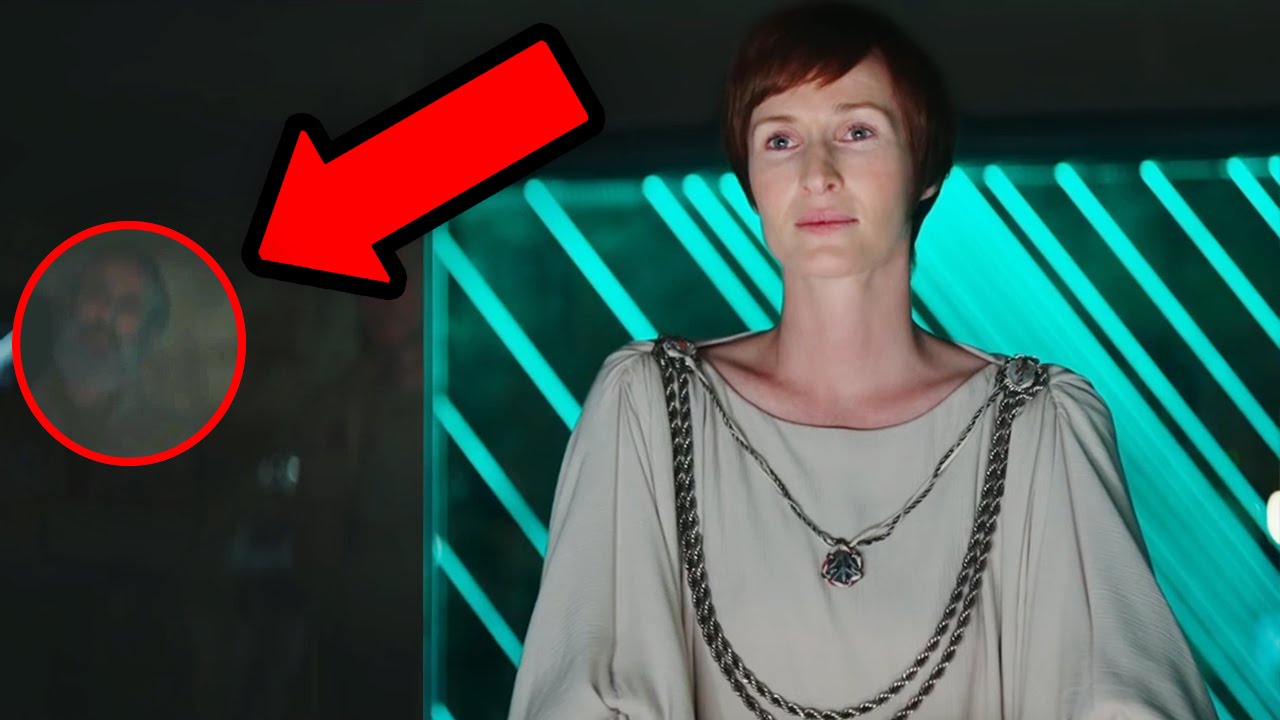